Social Media in the Communinty Part 3: Getting the Hands Dirty 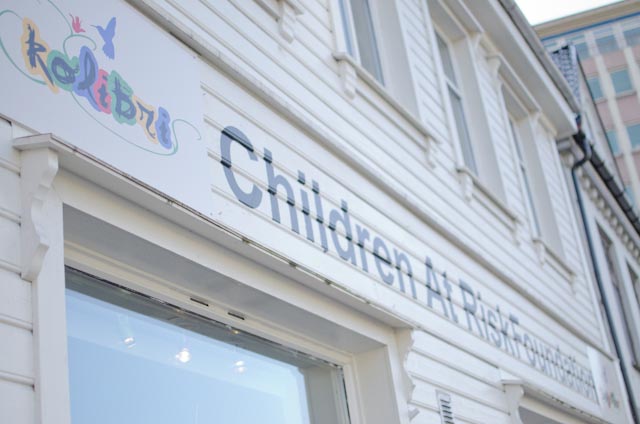 There has been a hell of a lot going on since I last wrote here about the work with the Kolibri Project!

After the initial meetings with the lovely people at the Kolibri Project in Bergen I found out that the Kolibri Project had been taking a long look at their website and had been considering ways to improve it. The main premise was to change it to a more modern and cleaner type of site. The site itself contains a lot of information. Perhaps too much on the first view. The Shop Front in Bergen

A more streamlined site should prove more inviting to people that may be interested in Kolibri’s cause with the grand aim of increasing awareness, support and donations. The revamp would make their social media more prevalent on the home page at least and encourage those people that are already online to show their interest in the charity. One thought was to potentially port the site over to a blogging platform such as WordPress. The advantage here being that the people that worked at the charity would be able to have more control over the look and the feel of the website. In addition to this the number of people that know WordPress is high enough to mean that it should be relatively easy to find someone that can help if required. This would also mean that help in this respect would be more competitively priced.

After a little too-ing and fro-ing with the original web designers, however, they kindly agreed to do some work at a reduced rate for so Kolibri agreed to their offer and set up a meeting that I attended.

During the meeting with the web peeps they made it clear that the more that could be done on the charities side the better. this with would reduce the time and so the cost of the modifications.

I took it upon myself to design the social media buttons that would be used as part if the home page as well as looking into ways to make donations to the website more apparent. The web designers would look at the reducing the amount of text that is on the site and introducing a slideshow at the head of the site to with the aim of giving a more inviting appearance.

So off I went to fire up Adobe’s Photoshop and quickly realised that I had no idea how to make a button that could be used on a website! Photoshop is a magnificent tool that means you can make young people look old and women’s boobs bigger. So it has to be easy to make a square button. Hasn’t it???

I have played around on photoshop but I really don’t understand the fundamental principles behind it. Why are the menus like that? Clone stamp? Where is the button that makes boobs bigger?

I turned to “Professor Google” to help me and instantly I am presented with a basketful of choices. After a lot of getting lost i settled on these folks http://www.tutorialized.com/view/tutorial/Create-a-Facebook-Twitter-RSS-Button-in-Photoshop-Free-PSD/74682 and using their help i managed to create a button that looks like this…. It wasn’t that hard, actually but i needed someone to hold my hand to do it! After creating such buttons for YouTube, Twitter and all those regular players i sent them off to the web designer dude and he seemed genuinely impressed!

Ok so once the social media buttons were done the next step was to look at ways that Kolibri could attract donations via the site, ideally so that people wouldn’t have to leave and go to another page. Kolibri already have a Paypal donation account so it would be great if they could get people to donate to that.

After a brief consultation with google i managed to find Fundrazr https://fundrazr.com/ these good peoples have a Facebook widget that ties in with your fan page as well as a widget that can be placed on your webpage where people can donate. Its a new style of widget that will look good on most websites.

After i informed the good people at Kolibri about the widget they jumped on it! This was really encouraging! Unfortunately the widget for the websites wasn’t quite in a position to be used on the Kolibri site. I got in touch with the company behind Fundrazr to ask about the how we could create a widget that could work in the space that was available. They responded quickly asking us if we wanted to be part of a beta trial that would enable us to customise a widget that could be used on the website. Lovely! All systems go then regarding the website!

Facebook is the easiest fix. There is relatively little that you can do to the new style of Facebook page apart from uploading the images. The crux of getting your page looking as good as it can do is making sure that you upload the images of the right size for the purpose. For example the Facebook cover image measures 315×851 pixels. Other sizes can be used but they will be liable to distorted and/or distorted. Using my new found Photoshop confidence I created a template/ canvas size to ensure that the images are displayed correctly.

The current sizes for all of the images can be found here http://mysocialmediamatters.com/facebook-image-dimensions-2012/

This means that templates can be created but you have to make sure that you design it the space above, below and beside the videos and tweets. A quick google search brought me to this link http://keebs.com/downloads/download-new-twitter-template-psd/ for twitter templates and this one http://pimpmychannel.com/youtube-background-template/ for youtube templates.

These both give you the right sizes and shapes for the background as well as mock up of the page so you know that how you lay out your images to ensure that they wont be blocked by the tweets or video areas. I dont have access to the Kolibri YouTube or Twitter accounts or I would have uploaded these myself. I thought best to give it to the Charity themselves….