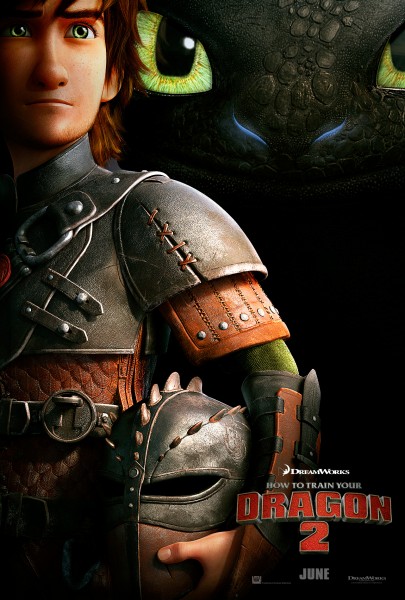 Ok so what were your thoughts on the first part of my films of 2014 countdown? Let’s get to the second part but first we have to address the small matter of “The Worst Film of 2014”!

You should know what you are getting into with “The Need For Speed” so its almost unfair to rate it so poorly. The problem is that the story is dumber than you could have imagined, the action scenes are dull, there is no humour and at 2hours and 10mins it far outstays it’s welcome.

The Need for Hurry the Fuck Up – Kobestarr.com

Need for Speed could be distilled into a 90 minute story that would make it a decent popcorn guzzling time waster. Its a film based on a video game and it should be simple. Do what the game does, bigger and faster. As it stands, however, whilst you are watching “Need for Speed” you feel that need for it to hurry up!
It’s annoying they just wasted a decent cast for this dross. Go and see Michael Keaton in Birdman to help cleanse your soul.

I dismissed the idea of the Lego Movie upon initial mention of it. The film would simply be one massive advert for Lego and be childish and crap. Wouldn’t it?

Well it was one big advert for Lego and it was childish, but it was also very grown up and certainly not crap! The story is fast paced, smart and funny for kids and adults and tells of a Lego World where uniformity is encouraged and the ordinary Lego folk strive to be generic.

The Lego Movie – Everything was awesome! Kobestarr.com

We find out early on that the evil “Lord Business” is looking to destroy the Lego world with the use of the mysterious and powerful “Kragle”. It falls into the hands of the unwitting ordinary brick “Emmet”, played by one of this years stars Chris Pratt, to save the world. That is, of course with the help of Batman, Superman, Wonder Woman and a plethora of other super Lego characters. We know that with this team behind him that the hapless Emmet will win out. We just don’t know how, and that’s part of what is great about it.

I hear that they are doing a “Playmobil” movie. Im pretty sure it’s going to be crap…

Yay! Pixar has got a real competitor in Dreamworks animations, and not just because Pixar has dropped the ball recently, more so that Dreamworks has been hitting it out of the park.
The first How to Train Your Dragon was a wonderful surprise so I was really looking forward to the second instalment.

How to Train your Dragon 2 – Splendid – Kobestarr.com

How to Train Your Dragon 2 stands out as one of the most visually stunning and beautiful films if the year. The cinematography is not something I’ve noticed in animations in the past, but here in this world, in this film it simply kicks ass. The second instalment of the series takes us on a few years after the first film where dragons are no longer feared or the enemy; they have been domesticated like dogs. This does mean, however, that in the wrong hands they should still very much be feared.
We join the main chap “Hiccup” as he tours the area and finds a new enemy in the form for dragon trappers as well as his previously assumed to be dead mother. This happy family reunion is cut short, however when awesome war begins and the fun ends.
How to Train Your Dragon 2 is fun, witty, beautiful and sad easily the equal to anything that Pixar have done.

As a kid I was a little bit shit-scared of Frank Sidebottom. I somehow managed to concoct the theory that if your head fell off then it would be replaced by a papier mache monstrosity. I really have no idea where that theory came from!

Frank is bonkers and silly – Kobestarr.com

Frank isn’t a documentary about Frank Sidebottom but uses his head on Michael Fassbender as the genius but troubled frontman of an experimental band, the unpronounceable “Soronprfbs”. This is a fictionalised retelling of writer Jon Ronson, who played keyboard with Frank Sidebottom in his “Oh Blimey Big Band” and an amalgamation of other bands. The story is relayed through the eyes of Jon who blogs and posts videos to YouTube about the bands recent antics.
Frank is funny and bizarre and great and instantly immersive. It’s impressive to see how expressive Fassbender could be even though the mask limits him to the permanent wide gazed eyes. The musical turns from Soronprfbs are bonus comedy genius.
Im not scared of Frank Sidebottom anymore. Just so you know

Boyhood is the kind film that seems to have been curated for me. In any other year it would have smashed it to the number 1 spot. Director, Richard Linklater, has made an assortment of my favourite films including one of my all time favourites “Dazed and Confused”.

Boyhood – its ace you know!

The story of a boy and, importantly, his family as they grow over a number of years (12 in this case) is not a new one. Mason is the boy in question and we follow him and his family, including Mother, older sister and semi estranged father from 6 years old to adulthood. In that time the child actors noticeably change but adults importantly also grow with their varying experiences and fraught relationships.

The fact that the story is told over 12 real years with the same actors, most noticeably with the children, an endearing storyline, great acting and kick ass soundtrack make Boyhood a standout film of this year and an instant classic.

Boyhood clocks in at three hours long, which would normally discourage me but the time flew by in the cinema. This is always a great sign.

1: Guardians of the Galaxy

To put it simply, I’ve not had more fun watching any film this year than during Guardians of the Galaxy. I enjoyed it so much that I went back to see it again at the cinema which is the first time that I’ve ever done that.

Guardians is full of big laughs and big action but there is more to it than that. There is the overarching feeling of “This is awesome” that leaves you with a smug smirk across your face for 98.3% of the film and long after.

Guardians of the Galaxy is officially the best film of 2014! Kobestarr.com

Ok so what’s to like? EVERYTHING! Well there is a bit of sci-fi geek exposition that you can just gloss over, but everything else like the soundtrack, the banter, the characters, the action, the story and the soundtrack. Ok ok, I know that I mentioned the soundtrack twice there but it has been on heavy rotation in my flat along with the “Boyhood” soundtrack and more recently the soundtrack from “The Guest”.

A key factor in all my favourite films is the “re-watch ability factor”. I’m already looking forward to the next viewing of GOTG. The sooner the better.

Well that’s it for my Films of 2014 rundown. Let me know what you think in the comments below and share with your friends!