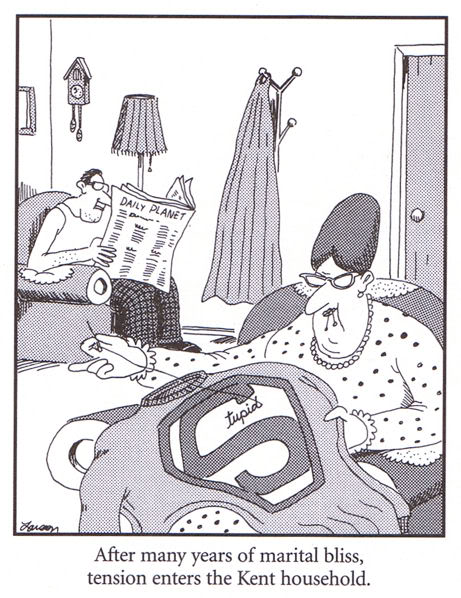 As always with the second part of my yearly film list I like to kick off with my worst film of the year. Lean back!

It’s with a heavy heart that I declare Superman as the worst film of the year. I say with a heavy heart as before the rise of the ace superhero flick, lead by the charge of The Dark Knight series and the Marvel Studio, Superman was “The Man” as far as I was concerned. I grew up with him as well as Star Wars on persistent repeat so it’s sad to see the frequency of disappointment in these franchises in their newest guises.

OK – there is was a lot decent about “The Man of Steel”. It is essentially a decently put together film. I loved that Lois Lane had more to do, I loved spending more time on Krypton than ever before, I loved that Perry is played my Laurence Fishbourne and I loved that General Zod was Played bay Michael Shannon. There are, however just so many, many silly daft annoying and horrific things that happen.

The most annoying is that during the whole set up of the film Clark Kent’s “Earth” dad, Jonathon Kent teaches Clark to control his rage and power and protect the weak. This is to Jonathon’s detriment as Clark could have easily saved his life but Mr Kent said ’no’. OK so keep your identity a secret as Clark Kent, help people as Superman, protect the meek. Fine. But what we witness in the third (overly long) act, is the genocide of the people of Metropolis. Part of this is their own fault as when the spaceship lands in the CBD and starts altering the gravitational field – no one runs. People from Metropolis as dumb as dodo’s and those fat ass birds are all extinct. The next film in the series will have Superman building a mass grave at the end with the epitaph “I tried to save them but they were all too stupid to run” S.Man.

BUT – this is not really the case as the main reason that hundreds and thousands of people died is because Superman not only kept the fight in the city but actively smacked Zod and his cronies through many of the buildings. Just take the fight out to the countryside – thats how to save peoples lives, by not endangering them in the first place, you jackass.

The first Marvel Studios film to follow the epic and legendary Avengers had to be played well. It would segue to the other Marvel films and be scrutinised more than the others. How are Marvel doing what they are doing?

Well in Iron Man 3, despite the worst start of ANY film I have ever witnessed, (it starts with a short but loud and crippling blast of Eifel 65’s “Blue”, which allies with Chumbawumba’s “Tubthumping” as horrific reminders about all that was wrong with music in the 90’s), they played an absolute belter!

The best thing about Iron Man has always been Tony Stark. In IM3 it’s all about a dishevelled recuperating Tony post the events of New York – (i.e. what happened in the Avengers film). Stark as played by RDJ is one of the best characters in modern film and he gets to have a lot of fun here. Its was almost a shame actually when the Iron Men suits  appear at the end of the film and actually cock things up a bit. Otherwise splendid!

I have to take all these films in the same breath really. As independent films revolving around youth and the freedom afforded to school boys over summer these serve as great companion pieces for each other. For Kings of Summer and Mud it’s this spirit of adventure and freedom that drives us the boys through their story. For the protagonist in “The Way Way Back”, however it’s simply trying to figure yourself out. Which can be nightmarish at any time of your life let alone when you are lonely, awkward and pubescent.

It’s a lonely one for the “Way Way Back” and the awkward Duncan is forced to go on holiday with his Mum and her new nobhead boyfriend to a place where no-one knows his name. Plus he can’t stop perving at some girl. Duncan is lucky in the way that he finds solace in the local water park and the childlike adults who take him under their wing.

Mud increases the number of boys to two and works on the relationship between the boys and an adult stranger known as “Mud” who has an uncertain and shady history. Mud simply wants to find his true love whilst the  boys simply want the abandoned boat that Mud is living in. If they help him find his girlfriend he will leave them the boat. Simples!

Kings of Summers Take on take on the “Boys of summer” theme has it’s sight on three boys. Two close friends and their reluctantly adopted social outcast friend, who is one of my favourite characters in film this year.

One of the “Kings” is at war with his family and in the aftermath of a family blowout decides to build his own house in a clearing in the woods close to them. Themes of adolescent unrequited love and intra family feuds serve to hem in the summer of fun that we want for the guys.

For the first time ever i’m giving a joint 1st place and that goes to Anchorman 2 and Gravity. The main reason is that they simply gave me the strongest reactions when watching them in the cinema. Neither of them are perfect films but both are great.

I have never been more stressed than during the screening of Gravity. I find that bizarre, as people go to the cinema to laugh, cry and be scared, but to be “Stressed” is new one on me. I watched Gravity on an IMAX screen and was immediately enveloped by the audio. The soundscape drew me in and then BOOM the huge “Google Earth Eat Your Heart Out” shot of our planet and the space station floats into view in glorious IMAX 3D. The source of the stress comes shortly after when we are made aware of a gigillion shards of debris flying faster than speeding bullets at our heroes at regular intervals. Dayum! Just when they were about to go home. I hate that! Queue being stressed through the rest of the film watching Sandra Bullock leapfrog from space station to space station, hoping that her next leapfrog would be the one home. I have never laughed so much than during the screening of Anchorman 2. The fear that it would be sub par was high and real, but these fears were put to bed in the first few minutes with the appearance of Ron Burgundy and  Harrison Ford. When I think back it really was like shooting fish in a barrel for the filmmakers Adam McKay and Will Ferrel. As long as you got the four guys back together and it was silly they couldn’t go too far wrong. The jokes per minute rate of Anchorman 2 is so high that can only be matched by “Airplane”. So much so that certain I missed 80% of what was going on.

In addition to the obvious humour is the satirical subtext about the story of the media in the 80’s and the rise in 24hr news in contrast to the demise of standards. Poignant.

So what was wrong with either of them? Well I loved the visuals and audio in Gravity as well as the story and loved that it was only 90minutes long, which is a huge breath of fresh air for a big budget flick these days. My only problem with Gravity is that I’m not sure i’ll ever watch it again. Certainly not on my iDevice on the tube to Tooting. The impact at the cinema was the most potent I have ever felt and I’m never going to get that stress high again.

The opposite can be said of Anchorman 2 – I will watch it many times more and that excites me, but i really do wish that they had shaved 20mins off the running time. Maybe by shortening some of the scenes that hit the same joke over and over. My biggest misgiving of Anchorman 2 is that the fight finished and the film ended. One of my favourite scenes in the first Ancorman is the post fight debrief. As Anchorman 2 went to the trouble of recreating many beats from the first one – I wish they could have done this one too.

So there you go! my Top films of last year – (I know it isn’t strictly a Top Ten but hey).

OK so what did I miss out?

Dammit – Nebraska. So everyone – you need to go and see Nebraska, its ace!