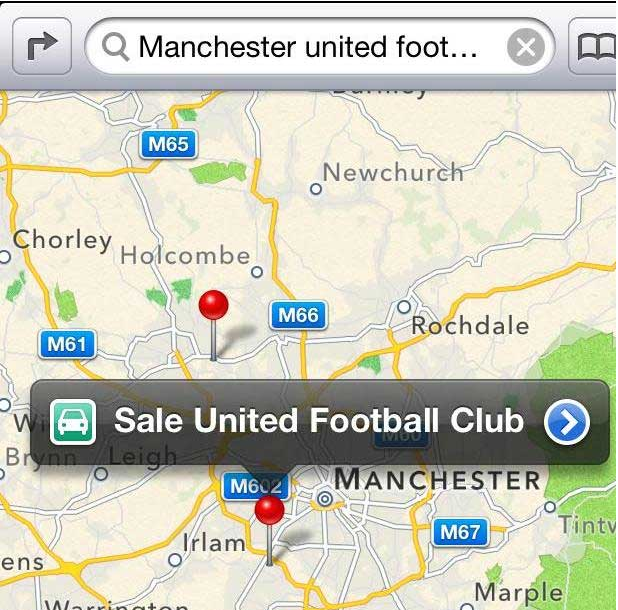 … am I the only one that thinks this??

After the release/relaunch/reboot of Google’s Map app for the iOS platform it shot to the top of Apples App Store charts with over 10million downloads in the first 48hrs just over a month ago. “Yay! Now we can get home in time for Blue Peter!”, no one says. Critics are lauding the app, young lovers are getting to 1st dates on time and, sadly, the we now have a drought of the silly pictures of the images that Apple maps used to produce. Everyone sees this as one massive Google point against Apple Inc… but does no one else see what Apple have done here?

Apple were clearly unhappy about the amount of piss that Google were taking with the iOS users, of which i am one. This is despite the fact that most people really, didn’t, care. We weren’t fussed about the lack of turn by turn navigation, because…well it still got us there.

So Aunty Apple gets in a huff and declared “F. YOU Google!! We’re gonna make it on our own”. So off they went, but soon they realised that they had underestimated the effort it would take to make the app that they wanted. In a crisis meeting shortly before the 2012 keynote meeting the big bods at Apple decided the following.

“Lets make a map app that is 25% crap so that Google takes pity on us and makes the iOS version better.”

This tactic is employed by 12 year olds all over the world. “Yeah Mum I’ll do the washing”, the exclaim merrily, but secretly thinking, “and ill make sure to do them just craply enough that you decide that I am too inept and take over mother dear”.

And this is what Apple did! They convinced Google that they were “inept enough” that Google took pity on them. “Now now Apple – here’s how you make a mapping app” sighed Google , “now come here and give me a hug you silly sausage!”

Apple whole heatedly embraces Google and their map app, sniggering, they know they have won this battle! Surely you all see this?
Now the iOS people have the full power of the Google Maps there are less people to switch over to Android!
It’s genius! Well played Apple. Well hustled. Good skills!
K*