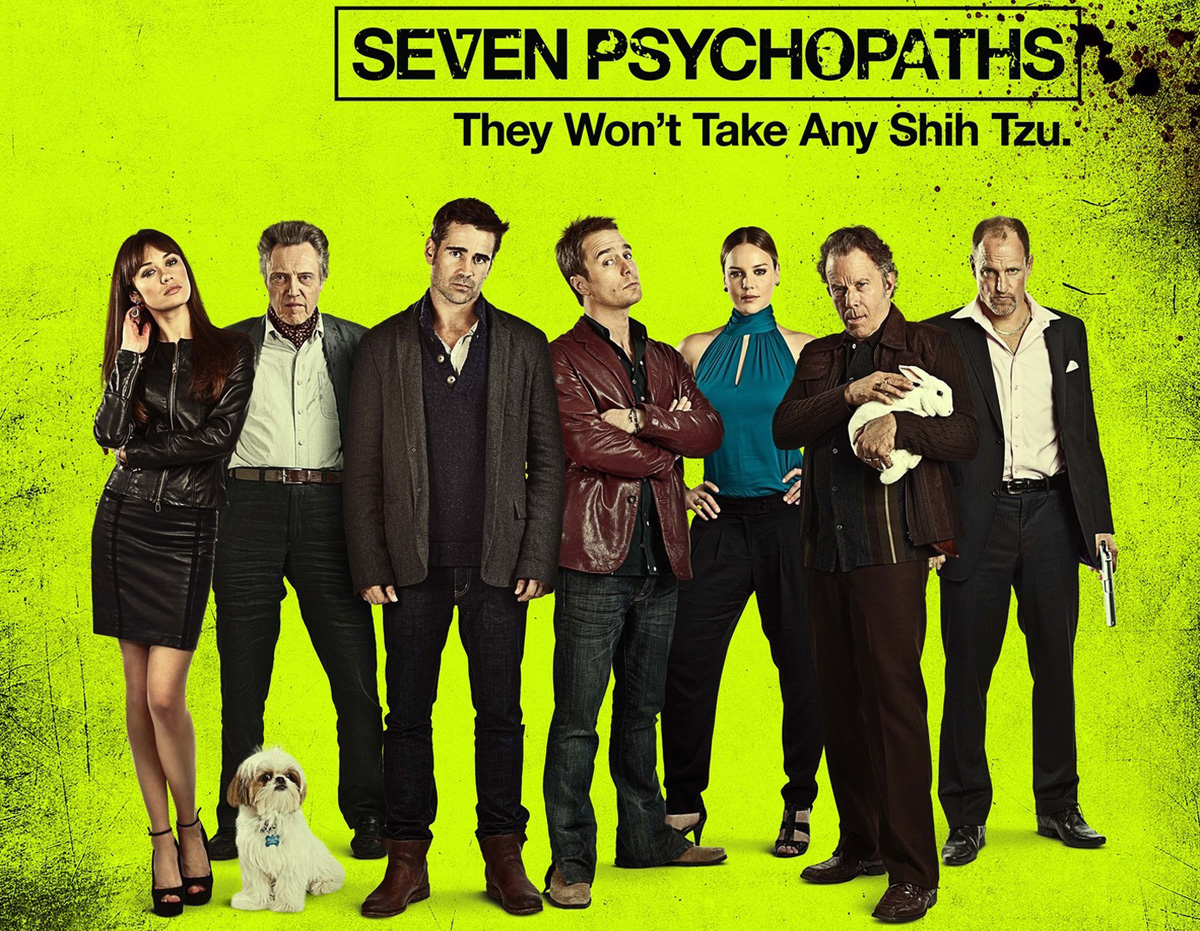 Hey so in time honoured tradition I have to name my worst film of 2012 before revealing the second half of the best of list.

In “Savages” director and part writer, Oliver Stone, takes a good basis for a story, throws in a few big names and manages to make it mind numbingly, spirit crushingly boooooring. Boring and pointless. At the start of the film there is a monologue of the main female protagonist ” Just because i’m telling you this story doesn,t mean that I’m alive at the end”. So it makes no sense right of the bat. It turns out that she is the center of a consensual love triangle with two other dudes, a war veteran hard-man and the intelligent weedy guy. Between the three of them they have the most envied cannabis business in California.

OK so that aside, the two guys want to get out of the drugs business as it’s a mugs game. Fair enough. When they are offered a way out, with a good amount of money, or get their heads blown off, they answer “No”. Why? WHY WHY WHY? You just said you wanted to leave and not get your heads blown off…

Then “vacuous girl” gets kidnapped…and they decide to save her … big sigh..

At one curious scene, which should never have happened, there is a heist. The army guy gets loads of his hardcore army sniper mates involved but makes the scaredy cat guy try and do some close range killing. Yeah, good one!

How anyone could make a film that stars Salma Hayek and Benicio Del Toro so futile is beyond me.

– It’s still out now as I write this so go and see it! Go! NOW! “Life of Pi” tells the story of a Indian teenage boy, Pi, who ends up on a lifeboat accompanied by a tiger after the ship that he was traveling on sank together with his family. Pi manages to survive not being eaten by the tiger, named ” Richard Parker”, and the floating in the middle of the ocean for over half a year. The story is simple, yet multi-layered so draws you in and keeps you enticed throughout. Visually “Life of Pi” is fantastic and I recommend seeing it on the largest screen you can, and in 3D. Serious.
There are some some outstanding heart in mouth moments – such as when the ship sinks and underwater scenes with sealide that serve to make the film completely absorbing and actually quite scary. I was suprised it was a PG. I have read the book, and cannot believe they turned into a film, and such an amazing film at that!
4

– I only saw “Seven Psychopaths” two weeks ago but it was released last year so i’m including it. So ner! The story – is a little bizarre, following the story of a Hollywood Screenwriter as he struggles to write his film so his “loser” friend sets him on the trail of investigating real life psychopaths. In Hollywood psychopaths have to kill people. So there are plenty of death scenes all done in the most hilarious and least tasteful way. In addition there is plenty of Christopher Walken, which is a great thing. You can never have too much Walken – just the way he walks in Seven Psychopaths makes you smile. I really feel that he was overlooked in the recent awards season.
Despite some of the gory content the script, written by UK/Irishman Martin McDonagh, Seven Psychopaths is one of the funniest films the year with witty dialogue and great set pieces. It will leave you laughing and smiling for weeks, despite the fact that everyone dies – sorry… plot spoiler but it doesn’t matter!.

Beasts of the Southern Wild

– There were so many things I loved about “Beasts”, the setting in a post Hurricane Katrinaesque lowland, the grainy “feel” of the images on the screen (shot on 16mm film), the main protagonists in 8yr old “Hush Puppy” and her dad “Wink” and the offbeat community that supports them. Beasts of the Southern Wild – Kobestarr.com

The two points that I kept on coming back to whilst watching “Beasts” were – “how good is Quvenzhané Wallis?”, the girl that plays Hush Puppy and “How are they making this film?”. Both points were so startling to me that they actually “brought me out of the film” on occasion – something that normally is the worst response to a setting, scene or sequence in a movie.
Beasts follows Hush Puppy and Wink as they live under constant threat of environmental disaster (manifested by some giant pigs with horns …random) as well as eviction from their home from the authorities. In addition to this is the even more heartbreaking storyline of Hush Puppy wanting to find her mother whilst finding out that her father is sick.
Its an emotional film that could have you weeping and laughing. I generally don’t cry when watching films but Beasts is one of two films this year had me close to tears. The last two films to do this were the first 15 minutes of “UP” and the last 10 mins of “Toy Story 3”. Both of which are outstanding films and shows you how highly I regard Beasts of the Southern Wild. I was made up that the young Ms Wallace is nominated for a Best Actress Oscar, as the youngest ever nominee! I’m gonna lay some money her way!
2

– I watched “The Raid” whilst eating my dinner. That was silly. I nearly coughed my food up on several occasions. As a martial artist you have to be a fan of martial arts films no matter the style. The problem is that the quality of martial arts films wanes and despite a huge variety ranging from the balletic and beautiful “Crouching Tiger, Hidden Dragon” and “Hero”, to the comic “Drunken Master”, the kitsch “Kickboxer” and “The Karate Kid” and ultra Classic “Enter The Dragon”, most martial arts flicks are just crap. The Raid takes a few steps forward from where Jony Jaa left off in “Ong Bak” and “Tom Yum Goong” in terms of realistic fighting style. Never do you see four people fight one person but take it in turns like they have taken a “queue ticket” like at the delicatessen counter. Here they all fight at the same time and people from both sides get kicked, break bones and die in the most extraordinary way.

I have been slight obsessed about the way that The Raid was all brought together by Welsh director, Gareth Evans, who was filming a documentary in Indonesia and about martial arts, met an ace martial artist and said “I wanna make a film with you!”. But in a Welsh accent… It shows that inspiration can come from anywhere and in the most unexpected ways.

– The worst thing about Chronicle is that it came so early in the year. Whilst watching Chronicle I knew that it would be hard to knock it out of the top spot but I really didn’t think it would be at the top of the list at the end of the year! I loved this film and was literally on the edge of my seat at the end, true story! The story centres around the three high school friends that find a mysterious object in a random cave that causes them to black out, only to awaken with no recollection of what happened. Oh and superpowers! Whoop! This ain’t no ordinary superhero film, this is an M&S superhero film. Sorry no it’s not! The superpowers are merely the MacGuffin that drives the relationship of the three boys, who wouldn’t really be hanging out with each other if they didn’t have such a tying bond in common.
Fans of Spiderman know that “With great power comes great responsibility”. Not, however, when you are in high school. With great power comes a lot of opportunity for dicking about. Chronicle really struck a chord with me, thinking about the nob head things I would have done with my mates at school if we had super powers. It is this relationship rather than their mega skills that will bring me back to watching it again and again. Beware – you will be in for a bumpy ride. Chronicle gets really dark!
K*