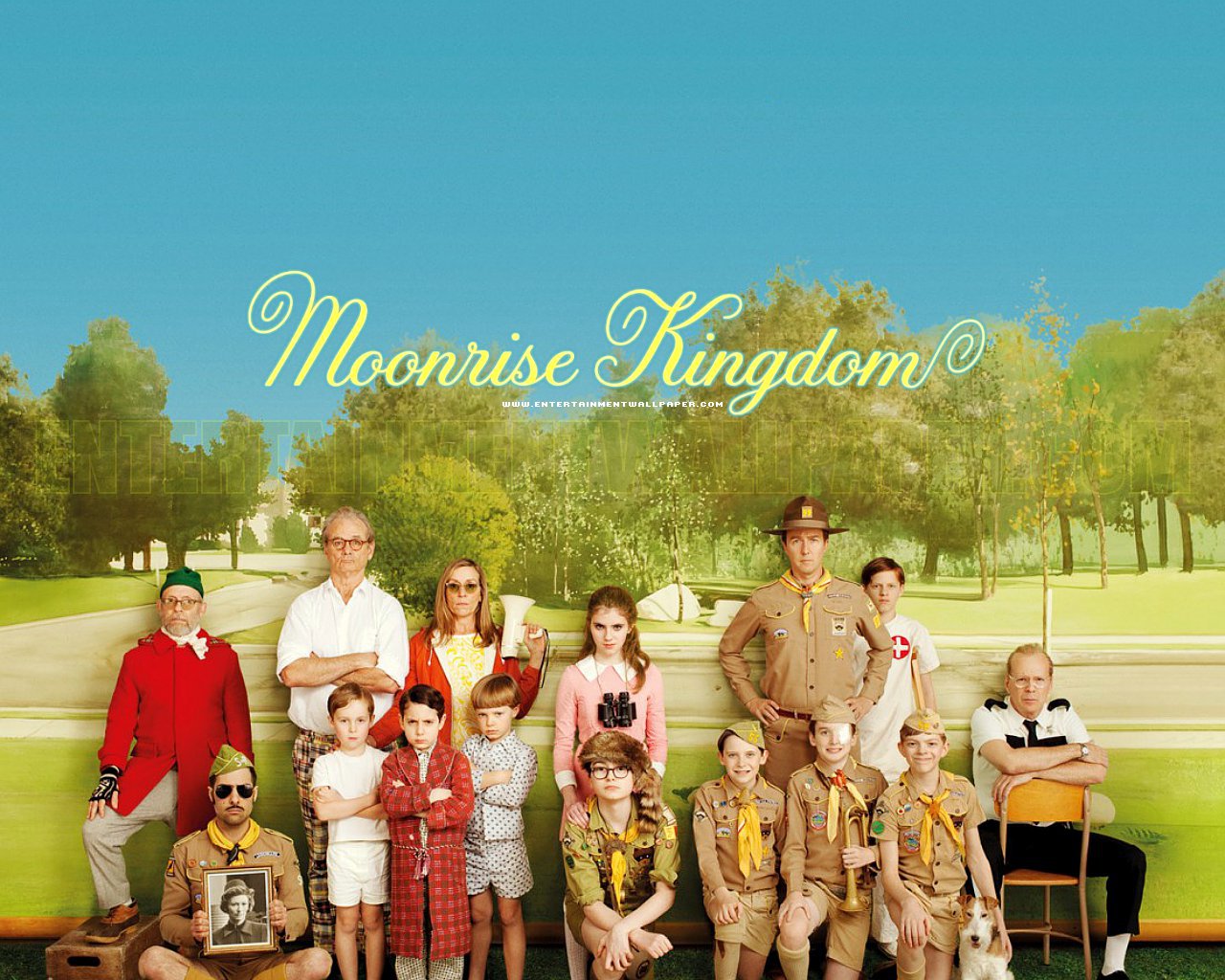 Hello Everybody and welcome to a new year and a new layout here at kobestarr.com!

Its the start of a new year and this traditionally means that all of us in Kobestarr Towers have stuck our heads together to come up with a list of the best films of 2012. So that is what we have done! YAY!
This year has been a huge one in terms of cinema going and films and has been genuinely difficult to come up with a Top 10. There are a few omissions from the list and I do aim to get those mopped up in the coming months via dvd or Netflix etc. Please leave a comment and let me know what you think!

10
“The Dark Knight Skyfalls onto The Avengers” (TDKSOTA). My film preference tends to shy away from the Ultra Blockbusters, believing the majority to lack the story, characters and empathy required to want you to watch the films again. 2012 went way against the grain with “The Avengers”, “Skyfall” and “The Dark Knight Rises”. I’ve had many sleepless “Dark knights” (geddit?) about whether which one of these films to include in this list as they are all great in their own way so I succumbed to a threeway tie “ohh’err” at number 10. They are the top 3 highest grossing films in the UK in 2012 (Skyfall is 1st followed by TDKR and then The Avengers)  so you dont need me to big them up, you have seen them already!
Skyfall making on here is a big surprise to me. I have NEVER seen a Bond film in the cinema until Skyfall,  and it was touch and go that I did. I simply not a Bond fan. All bond films meld into one mess of indistinguishable, nonsensical, ridiculousness. They have a good intro, Bond gets laid, Bond goes on a mission, you realise the mission makes no sense, he gets laid again, silly evil genius lets Bond escape then silly evil genius gets killed or caught. Then Bond gets laid again. YOU NEVER EVEN SEE NIPPLE! Skyfall (and Casino Royale to be fair) are actually good films (not just “good” Bond Films). What set Skyfall apart form me was that the story was of course OTT but at the same time very internal and personal. Ahh…
The Avengers is an impossible concept for a film. Take the Marvel characters that no one else wanted, give them their own films (each film successful to various levels but each better than the other Marvel franchises, like “The Fantastic Four”), bring them together for one massive f-off fight in one massive f-off film. They did it and they made it awesome! The highlight for me, apart from Scarlett Johanssen in the catsuit, was the Hulk. I couldn’t get to grips with the previous Hulk films but Mark Ruffalo and Joss Wheedon worked together to make him ace! Putting a smile on my face!
The Dark Knight Rises worked wonders for me as I loved Bane as the bad guy. You just don’t see Batman or many other super heroes exchanging blows. Bane for me was a great “ying” to Batmans “yang”. In addition Catwoman is a magnificent character in TDKR played fantastically by Anne Hathaway. TDKR seems to have taken the most stick of the big films for “unrealistic” plot contrivances. I agree there are a few questions, but nothing out of the ordinary. I have to admit,however, that I don’t understand why Bruce Wayne slept with Marion Cotillard. The rest can be explained away in the fact that it’s Batman!
The problem with all of TDKSOTA is that they are all just too long. Skyfall and Avengers are both 2hrs and 23mins with TDKR at 2hrs 45mins. This means that the “rewatchability factor” is just low low low. Yes I really enjoyed them in the cinema – but would I sit down at home and put the Bluray in the machine with the knowledge ill be there two and a half hours later? Nah……
9
The Imposter – The story of “The Imposter” is just ridiculous. A documentary about Frenchman, Frédéric Bourdin, who impersonated an American boy, Nicholas Barclay who had been missing for 3 years. The missing kid would have been 16, had blond hair and had blue eyes. Bourdin, was in his early 20’s, had a thick French accent, dark hair and brown eyes.
Inspite of these differences he managed to trick the family into believing he was the missing teenager, no questions asked. Say what?!? True story – it’s a documentary after all… But why? How?
Were the family all dumb-asses? Yeah a little.
Did they just want to care for someone now the “Nicholas sized hole” was missing from their lives? Maybe.
Is there something more sinister afoot? Yes indeedy!
8
Call Me Kuchu – This film made me the angriest I had been all year and is one of the two films that nearly brought me to tears. Telling the story of the LGBT Community in Uganda at a time when a an anti homosexuality bill that would make “aggravated homosexuality” a crime punishable by death is being proposed. What on earth is “aggravated homosexuality”?!?
“Call me Kuchu” is a documentary that centres on the recent history of Uganda’s first openly gay man David Kato as he fights the bill, fights American Evangelicals that come to Uganda promoting anti-gay sensibilities and protects members from the LGBT community from being unfairly “outed” by the media.
I was so angry whilst watching in the disbelief that in places such as Uganda a persons Human Rights are so under threat. Why would you want to kill anyone just because they are gay? Why would you want to kill anyone? Why cant we all just get along? Why can’t we all just be excellent to each other?
What unfolds is a real life horror story of human mistreatment and scenes that were genuinely upsetting that at times had well over half the audience in tears. On the ultra positive side we are let into the lives of some true life heroes who serve to stabilise your faith in human nature. I don’t know how “Call Me Kuchu” was made, but the fact that it has been, in the face of extreme adversity means that you should do your best to try and watch it.

Argo – With Argo Ben Affleck seems to have completed his transformation from “kind of a knobhead” to “you know what – he’s actually pretty cool”. Argo is directed by and starring Affleck in the improbable story of the secret mission to rescue American diplomats in the midst of the Iranian Hostage Crisis.

I knew nothing about the history behind the film so was skeptical that the story could be entertaining. I entered the cinema thinking that we would be watching a glorified modern history lesson. It was, but your know what? Some history can be bloody entertaining!

In case you don’t know Americans aren’t well liked in the Middle East and this was the case back then. Six US diplomats had been lucky to escape being captured hostage as the US Embassy in Tehran was sieged. Had they been found by the Iranians, they would almost certainly have been killed.

OK – so how do they propose to get them out? Make pretend that they are a film crew on a location scouting mission. Really! Like someone from the CIA says in the film, “Its the best bad idea we have”. I can’t believe it was based on a true story only recently declassified by the US government! I wonder what other true stories the governments are keeping to themselves?
6
Moonrise Kingdom – Yeah. I love Wes Anderson. He makes the kind of films that I would love to make, only better than I could…so that’s why he gets paid to do it. In “Moonrise Kingdom” Wes returns with his stalwarts Bill Murray and Jason Schartzmann and a few new skool choices in Harvey Keitel, Tilda Swinton, Frances McDormand, Ed Norton and Bruce Willis. But these guys are well established actors so of course you have to talk about the newbie actors playing the two young lover teenagers, who ignite the offbeat, romantic whimsical story as they run off together. In doing so setting the “grown-ups” in the film off on a hunt to get them back into the fold in a story that’s silly and smiley and lovely and splendid and “he he he” and warm glowy in your belly.
The teenage crush between an orphaned boy scout and an odd girl is fantastically acted out by the young performers. The contrast between their romance growing and the OTT “adult” characters the makes for a film that will have you smiling all the way through, is consistently funny and a couple of laugh out load moments. People say that this is Wes Andersons best film. Maybe it is, though I don’t think it will turn his detractors  around. It is, however, a great film to bring people in to his work.
Ok so that is it for the first part. Part two including the worst film will be released in the next couple of day!
K*